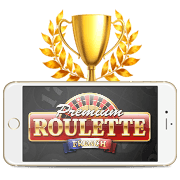 French roulette offers the best chance to make money when compared to all other variations of the popular online casino game, thanks to the single zero and the la partage rule. French Roulette Gold is the top-end version of French roulette from Microgaming, and it offers stunning graphics, as well as the opportunity to spin in some really big wins!When you visit an online casino French roulette will almost certainly be offered, but if you want to head to the very best place to play in 2022, check out our number one online casino,Jackpot City.

But what will you find on this page? Well, we’ll let you know:

“French Roulette Gold is the top-end version of French roulette from Microgaming, and it offers stunning graphics.”

How to Play French Roulette Gold

French Roulette Gold is Microgaming’s flagship French roulette game, but while it looks fantastic, it doesn’t change the traditional rules of French roulette at all. This isn’t a bad thing though – in fact, most players appreciate the fact that Microgaming haven’t tried to change anything about this historic and well-loved game. So, if you’ve played French roulette before, you can jump straight in and start playing this game. If you haven’t played before though, keep on reading to find out how you can get started.

As with all forms of roulette, the first thing to do is place your bets. But there are so many bets you can place, so how do you decide which ones are best? Well, the basic thing to remember is this: the higher the odds of a bet, the lower the chances are of it spinning in. For new players, it’s best to just use the simple bets, such as red/black, odd/even or an individual number. Remember that you don’t have to just make one bet – you can make multiple bets before you spin the wheel!

Made your bets? If so, it’s time to spin the roulette wheel and discover if you can win! When the wheel stops, the ball will land on one of the numbers. If you’ve selected that number, you’ll find yourself winning a prize. It really is that simple – place your bets, spin the wheel, and wait to see if you can win a prize!

How French Roulette Differs from European and American Roulette

If you’ve played American roulette before, you’ll know that there’s both a single zero and a double zero on the wheel. This isn’t the case in French or European roulette though. You might think that this is only a small thing, however it actually makes a huge difference. This is because it significantly increases your chances of winning when making an even money bet (red/black or odd/even). Therefore, over time, you should win more money when playing French or European roulette.

Playing French roulette at online casino sites also has another difference though, and it ensures that the RTP is also higher than European roulette. This difference is called the la partage rule, and it once again revolves around the zero. In European roulette, if you place an even money bet and the ball lands on zero, you’ll lose. This isn’t the case in French roulette though, as you’ll receive half your bet back. So, you’ll still lose money, but only half as much.

Because this game is a part of Microgaming’s Gold series, it also means that the graphics are superb. You’ll get to experience stunning 3D graphics every time the reels spin around, and this really ramps up the excitement levels. If you’ve played one of Microgaming’s Gold games before, you’ll find exactly the same standard of graphics at French Roulette Gold.

French Roulette Gold is also really quick to play. Because it’s a single-player game, you decide how long you take to place your bets, and you decide when the wheel starts spinning. Compare this to live roulette, which only starts when all players have made their bets, and you’ll find that you’re able to get through at least double the number of spins per playing session.

French Roulette Gold really does have everything an online casino player could ever want, from the chance to win some great amounts of money, through to stunning 3D graphics. If you want to start playing this game as soon as possible, just head to one of the online casinos in NZ we recommend and sign-up. You should then be playing this great game in no time at all! 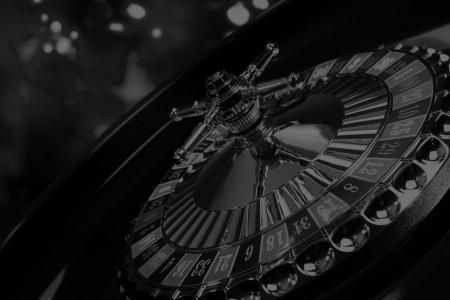 If you’ve never played roulette before, you’ll easily be able to learn the rules of this game. Just place your bet – or bets – and then start the wheel spinning. Once the ball has landed on one of the numbers, you’ll learn if you’ve managed to win or not. Then simply repeat the same process for as long as you want!

There are so many reasons why people choose to play French Roulette Gold, however the biggest is the prizes. Because it follows the standard rules of French roulette, you’ll find that this game offers a much better RTP than European and American roulette. The graphics are also fantastic, and the gameplay is incredibly simple.

The most you can win on a single bet when playing French Roulette Gold is worth 35:1, while the lowest prize is an even money bet. Of course, the higher the odds are, the lower your chances are of spinning in a win. Over time, you should expect to win back around 98.65% of the money you bet, making French roulette the variation of roulette with the best RTP.

Yes, you certainly can, as most online casinos have realised that this is one of the most popular casino games, therefore it has to be offered to those playing using a mobile device. It really doesn’t matter which device you have, as long as it has a touchscreen, meaning that you can play using everything from an iPad through to an Android smartphone.

If you’ve never played roulette before, it is certainly a good idea to play with practice money first, and this is something that all good online casinos in New Zealand will allow you to do. Some casinos also give no deposit bonuses to new players, so you can use these funds to hone your skills, before then playing with your own money when you’ve become more confident.